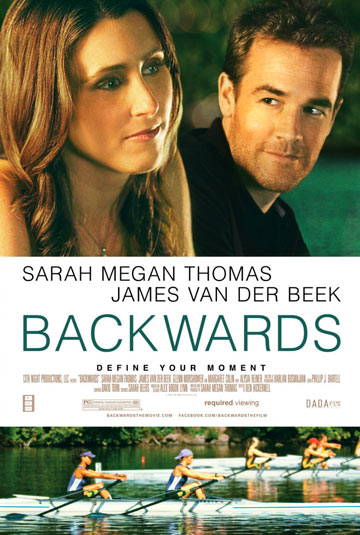 “Backwards” tells the story of Abi Brooks, a fiercely competitive rower, who fails to make the Olympic boat for a second time and reluctantly takes a job coaching rowers at a high school where her boss happens to be her ex-boyfriend. When given a chance to rejoin the Olympic team, Abi confronts the personal sacrifices and professional choices that impact the world of athletes with Olympic ambitions.

“Backwards,” starring Sarah Megan Thomas and James Van Der Beek, is an inspiring story that asks the question, what happens when you’ve spent your life working towards a dream and you dont make it? How do you move forward from that?

“Backwards” was shot in Philadelphia at some of the City’s best known landmarks including inside The Philadelphia Museum of Art, on the “Rocky Steps,” along The Schuylkill River and Boathouse Row.