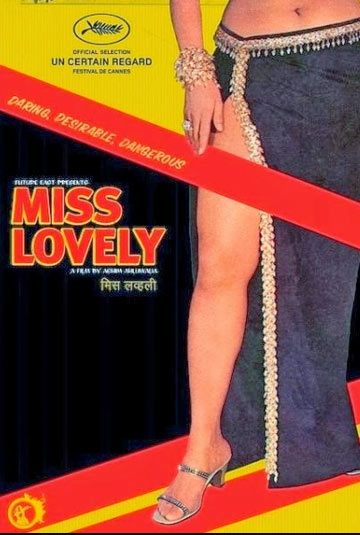 Working out of sleazy hotels and abandoned warehouses, brothers Sonu (Nawazuddin Siddiqui) and Vicky (Anil George) are prolific producers of trashy, C-grade films for Mumbai’s booming and underground markets. The ambitious, domineering Vicky is the unquestioned brains of the operation, leading the dim-witted Sonu deeper into a world of divas, money men and movie-loving gangsters. But this precarious partnership is put to the test when the brothers meet Pinky (Niharika Singh), an exquisite ingénue with a shady past. Director Ashim Ahluwalia has created a hyper-stylized, retro thriller that explores the awful truths of exploitation cinema as well as its strange pleasures.

“A very impressive talent, and given the oppressive conventions of the Indian film industry, he’s clearly an independent spirit and then some.” -Jonathan Romney, Sight & Sound

“Something new in Indian filmmaking, neither Bollywood nor traditional art cinema, the pic provides a unique, immersive experience…one that owes as much to docu and experimental filmmakers as to Scorsese, Welles and von Sternberg, plunging viewers into the characters’ social milieu.” –Alissa Simon, Variety