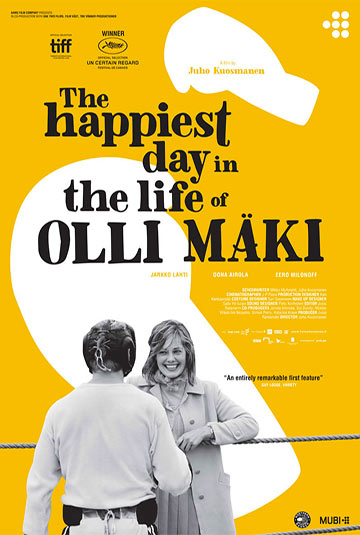 The Happiest Day in the Life of Olli Maki

The true story of Olli Mäki, the famous Finnish boxer who had a shot at the 1962 World Featherweight title. Immensely talented and equally modest, Olli’s small town life is transformed when he is swept into national stardom and suddenly regarded as a symbol of his country.  There’s only one problem: Olli is falling in love. Inside the ring, it’s Finland vs. the USA, but outside, boxing and romance become unlikely adversaries vying for Olli’s attention. Captured entirely in 16mm black and white film, this widely-celebrated feature debut from Juho Kuosmanen was awarded the Un Certain Regard Prize at the Cannes Film Festival. 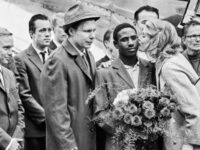 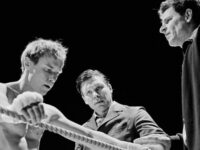