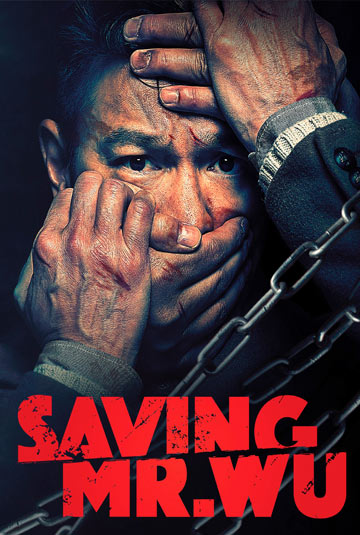 SAVING MR. WU is an action-packed crime thriller based on the true story of China’s famous celebrity kidnapping case. Mr. Wu (played by acclaimed film star Andy Lau) is kidnapped in Beijing by Zhang Hua (Wang Qianyuan) and three accomplices, all disguised as cops. In the ensuing 20 hours, the Chinese detectives led by Chief Xing (Liu Ye) quickly form a task force and sweep the city. Time is of the essence though as Mr. Wu is ordered to be killed at 9pm regardless of whether the money is collected or not. The police eventually apprehend Hua alone and a dangerous mental showdown develops between police interrogators and Hua. As the deadline rapidly approaches, the detectives and captors collide in a dramatic battle. Saving Mr. Wu is directed by Ding Sheng, one of China’s most unique and visually compelling action directors (Little Big Soldier, Underdog Knight, Police Story 2013).