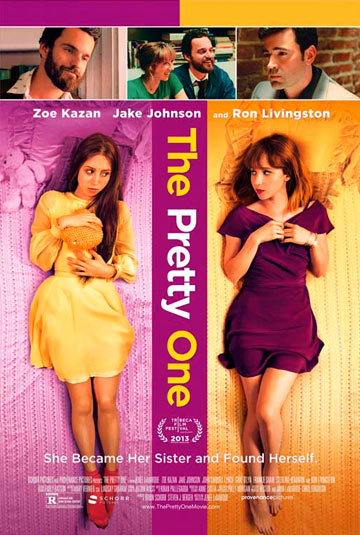 Awkward and homely Laurel is the polar opposite of her twin Audrey (both played by Zoe Kazan). Audrey has confidence, style, independence and a promising career in real estate, while Laurel still lives at home doting on her widowed father (John Carroll Lynch) and romantically obsessing over the boy next door (Sterling Beaumon).

When Audrey returns home to celebrate their birthday, it’s yet another day where Audrey is praised and Laurel is pitied. That is, until Audrey urges Laurel to break out of her shell, treating her to a hair and wardrobe makeover that makes Laurel at least look identical to her sister.

But before the new Laurel can be revealed, tragedy strikes when the twins are in a car crash. Miraculously, Laurel survives but Audrey’s body is burned beyond recognition. After Laurel awakes from a coma, she doesn’t know how to react when her family tells her that “Laurel” has died. The physical trauma and grief keep her incapable of sharing her true identity and she makes the decision to change her life by secretly reinventing herself as her popular, vivacious twin.